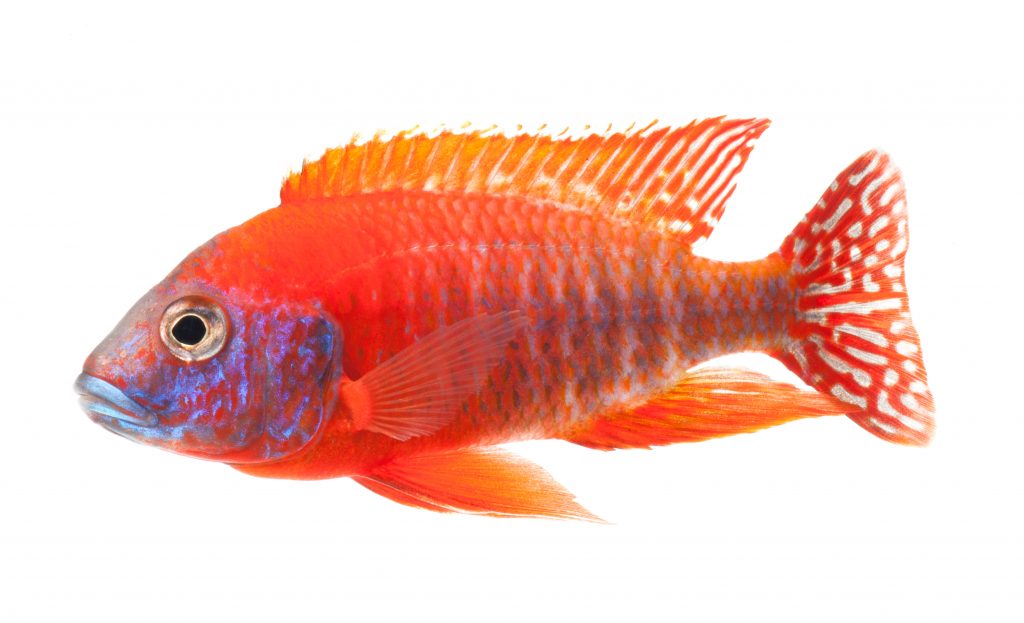 African Cichlids have evolved to inhabit a wide array of habitats, and display a variety of behaviors. Many species found in the shallow waters of lake Malawi are primarily herbivorous in nature, and display a plethora of bright colors and patterning. However there also many species that inhabit the open waters and feed primarily on other fish. African Cichlids are known for their broad variety of spawning behaviors. Many species are mouthbrooders, holding the eggs and subsequent larvae in their mouth. Other species will construct nests and defend the eggs and larvae!

African Cichlids can make great aquarium inhabitants, provided their husbandry needs such as diet, water quality and tank space are met. As a general rule, African Cichlids prefer very hard, alkaline water with a high pH. It is always best to research the needs of the exact species you are planning to keep.

Most African Cichlids prefer a temperature range of 75 F (24C) to 82F (28C).  One of the most important aspects of African Cichlid care is their social tendencies. Many species of African Cichlids are found living in high populations, and in fact thrive in heavily stocked aquariums. On the other hand, some species do much better living as pairs with a tank to themselves.