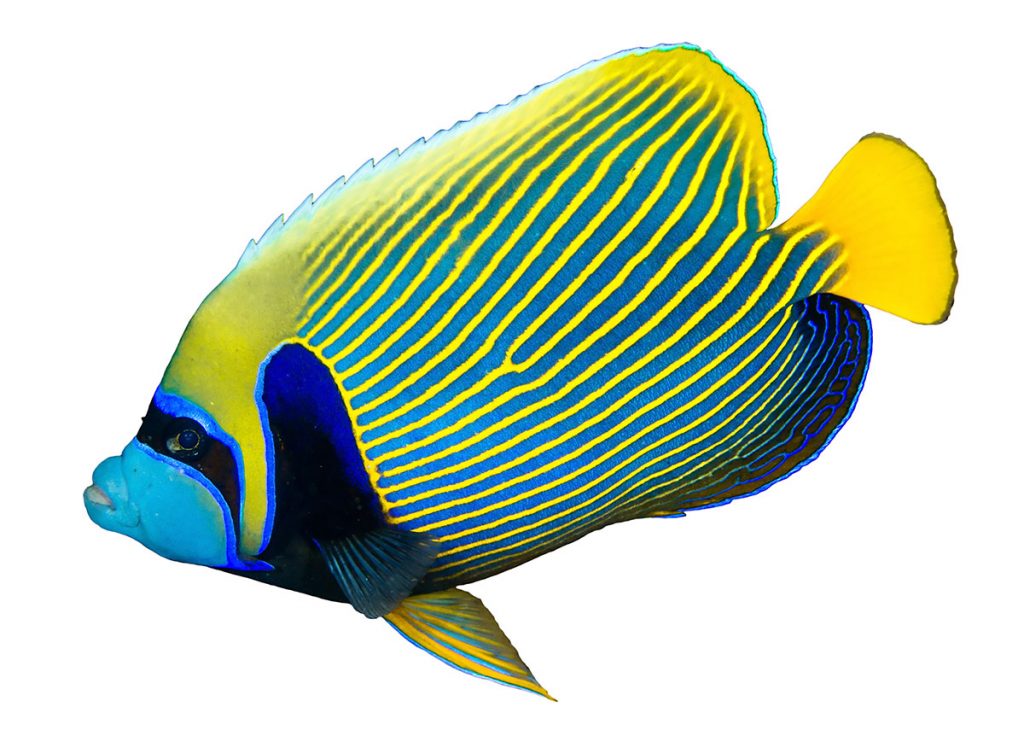 Large marine angelfish in the family Pomacanthidae are highly iconic and recognized reef fishes. There are seven genera, encompassing approximately eighty-five species. These include such species as the gorgeous Emperor Angelfish (Pomacanthus imperator), iconic Queen Angelfish and extraordinarily rare and highly sought after Conspicuous Angelfish. With many species of large angels obtaining lengths of up to and over 30cm (12”) in length, members of this family require large tanks!

Large angelfish species are often found in close association with rock rubble and reefs. They are often found living within sunken ships and are a favorite of recreational scuba divers. For this reason, a tank with ample rock work and cave is suggested.

Large angel species can be found living singly, pairs, or in large groups, depending upon the species. Like many reef fish, they are hermaphroditic with the ability to change sex, with males being more dominant.

One of the most important aspects of caring for large angelfish in captivity is the size requirements of their tank. Even the smaller species in this group attain significant size. Some species can be housed happily in tanks four to six feet in length, however most species will ultimately require much larger aquariums.

If provided with sufficient room, large angelfish are in many ways the ideal marine aquarium fish. They are considered a very hardy, are long lived and extremely personable pets. Many large angel keepers refer to their fish as “puppy dog” like due to their propensity to constantly beg for food at the front of the tank!

In the wild large angelfish consume primarily sponge, algae and invertebrates. They do well in captivity with a high quality and varied diet.