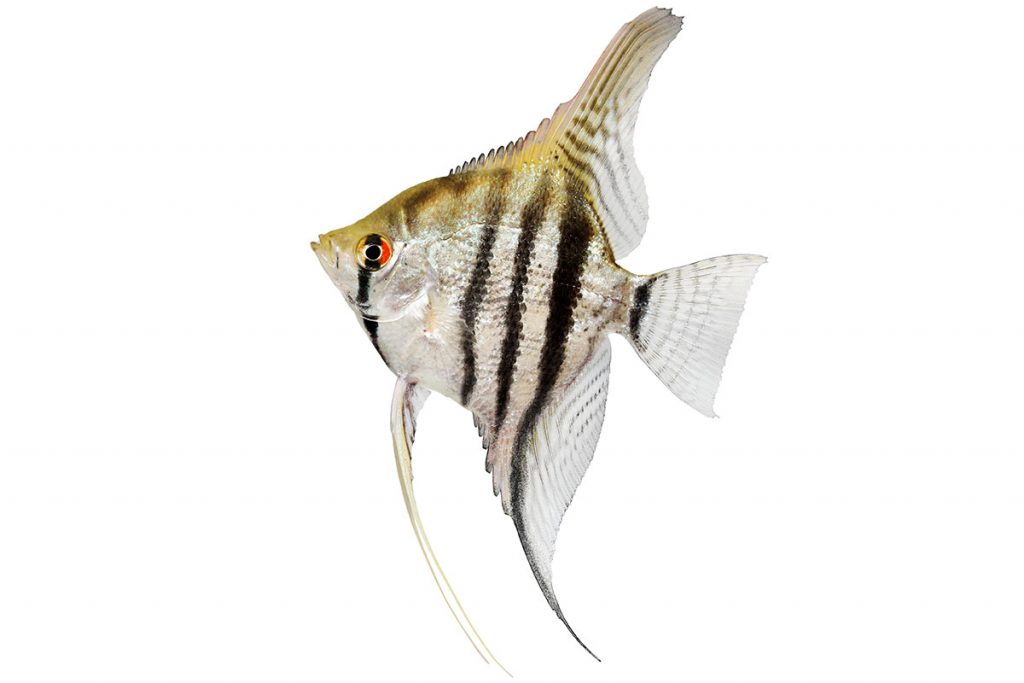 Freshwater Angelfish are a perennial favorite of the Cichlidae family. These fish have been kept in captivity for many decades, and in that time have been domesticated. Today dozens of strains exist with varying color forms ranging from silvers, to blues, blacks and reds. In addition, there are longfin forms as well, leading to a dazzling array of possible combinations of colors and fin types.

Angelfish can make great aquarium inhabitants, provided their husbandry needs such as diet, water quality and tank space are met. In spite of their namesake, angelfish can at times be nasty tankmates, especially if they are breeding. While they can be kept in community tanks, it is important to choose their tankmates carefully. Bottom dwelling armored catfish such as the Corydoras can be good tankmates, as can other similarly sized non-aggressive fish.

Angelfish prefer a temperature range of 75 F (23C) to 82F (27C).  Captive bred, domesticated forms of angelfish are not as sensitive to water quality parameters such as pH as wild collected animals, however it is still important to maintain high water quality and test regularly. Wild varieties such as the Altum Angelfish (Pterophyllum altum), or wild Scalare Angelfish (Pterophyllum scalare) may require a very narrow range of parameters to succeed long term. As always, it is best to thoroughly research the species you are planning to keep.