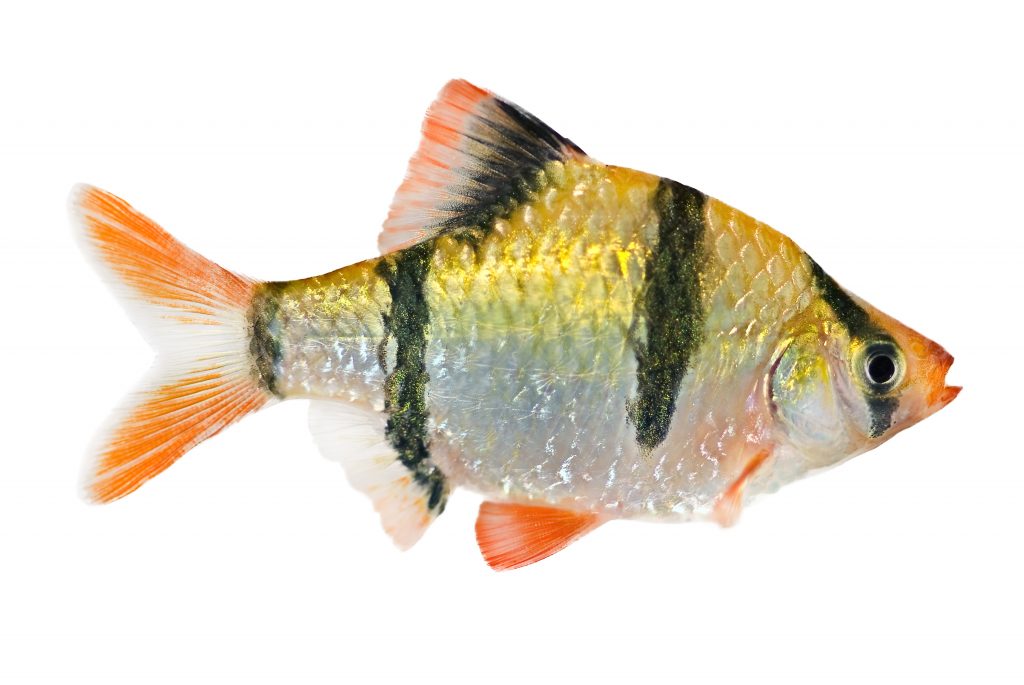 Barbs are a highly diverse family, with members that can be found throughout the world. However, most of the species common in the aquarium trade hail from Southeast Asia, India and Africa. Barbs are members of the Cyprinid family and have characteristic barbels around their mouth, giving rise to their colloquial name, Barb. This family is well suited to captivity, with many species being farmed for the aquarium trade.

Barbs can be found throughout the world, though many of the aquarium species come from Asia, India and Africa. Barbs are egg layers that will spawn often spawn first thing in the morning, depositing their eggs on vegetation, driftwood or rocks.

Barbs can make great aquarium inhabitants, provided their husbandry needs such as diet, water quality and tank space are met. Many species of barbs, such as the Tiger Barb have a reputation for being somewhat boisterous or slightly aggressive, so it is best to keep them with fish of similar temperaments. Barbs do well in schools of their own species, it is advisable to keep them in groups of size or more. In species such as Cherry Barbs, where the sexes can be visually determined, it is often a good idea to keep more females than males.

Most barbs prefer a temperature range of 72F (22C) to 78F (25C).  Most species of barbs will breed in captivity, and for this reason many of the barbs available on the market are commercially aquacultured.