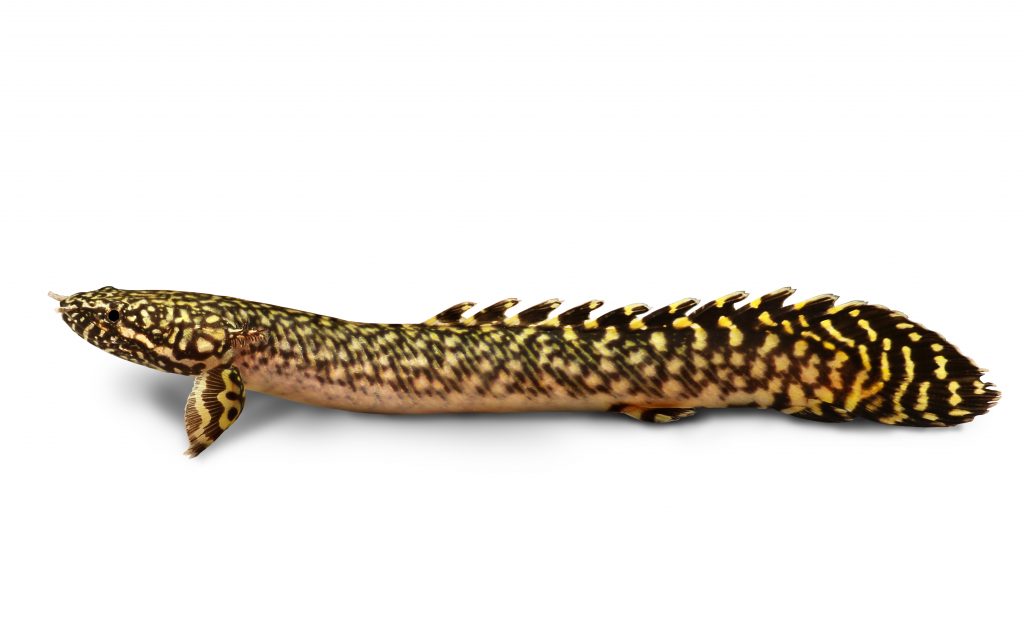 Bichirs are members of the Polypterus family, containing approximately two genus and 14 species found in Africa. They are often referred to as missing link fish, or dinosaur like due to their unique appearance and adaptations. Bichirs can breathe directly from the atmosphere, have rudimentary jaws like a salamander and fins that look they were made to walk on land!

Bichirs are native to Africa where they are found in many different drainages throughout the continent. They are large fish ranging in size from about 11” (27 cm) to about 28” (70 cm).

Bichirs can make great aquarium inhabitants, provided their husbandry needs such as diet, water quality and tank space are met. While they are not generally considered an aggressive fish, Bichirs are predatory by nature and will consume any small tankmate that can fit into their mouth. Bichirs can be successfully housed with large docile fish such as large barbs. Bichirs can do well in groups provided they are given sufficient space and places to hide.

Bichirs prefer to be kept on the warmer side with an ideal temperature range of 77 F (25C) to 84F (29C).  Bichirs do well with low lighting, sandy bottoms and décor such as smooth rocks and driftwood. If they are provided plenty of space and hiding areas they are prone to becoming very friendly and gregarious fish.