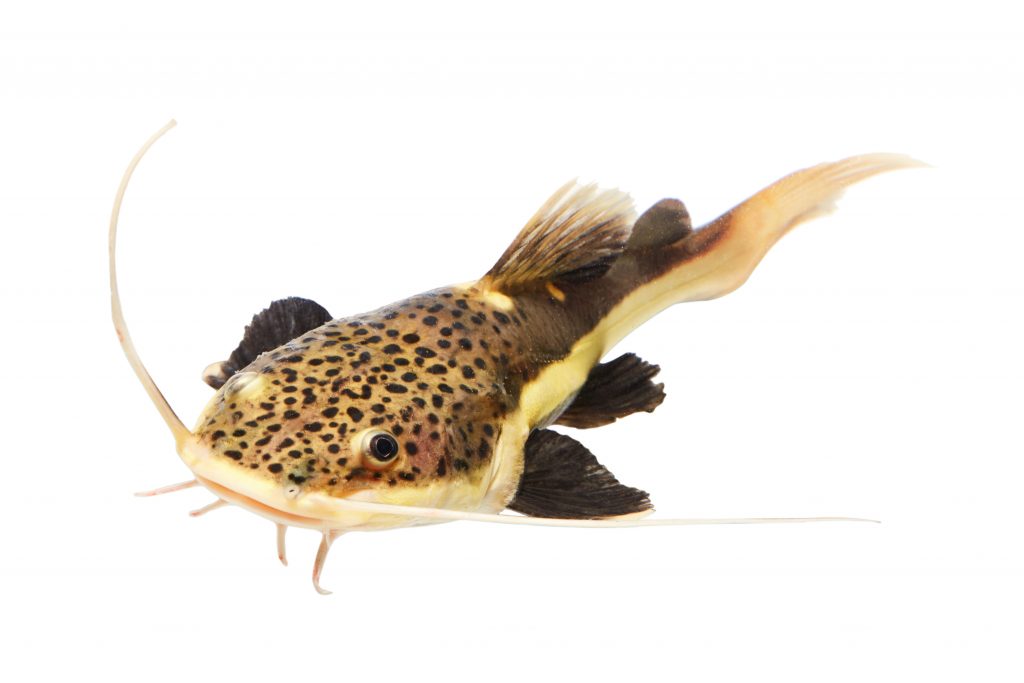 Catfish are likely one of the most easily recognized fish throughout the world, with dozens of families hundreds of species of catfish being found throughout the world. They are highly diverse group ranging from diminutive to massive. They can often be identified by the barbels on their mouth, however not all species present this trait. Catfish are very common in the aquarium trade, as well as a highly important food fish throughout many regions of the world.

Catfish are found throughout world, with some species even occurring in brackish and marine waters. They can be found on every continent except Antarctica. They can be found in almost any kind of freshwater habitat, although most tend to be found in shallow running waters. Many species however, can be found deep in lakes or in large rivers such as the Amazon.  Catfish display a vide range of size from tiny .5” (1CM) specimens to the 8’ long (2.5 meter) Wels Catfish (Silurus glanis) of Europe. The Mekong Giant Catfish (Pangasianodon gigas) has been recorded at weights of over 600lb!

Catfish can make great aquarium inhabitants, provided their husbandry needs such as diet, water quality and tank space are met. Many catfish are omnivorous and will opportunistically consume any small tankmates that can fit in their mouth. Some smaller species of catfish can be easily maintained in community tanks with delicate fish such as small tetras and rasboras, however other larger species will be suited to only the largest of tanks with similar sized tankmates. It is best to thoroughly research the needs of the particular species you are considering keeping.

While many catfish are very hardy and can handle a wide range of water parameters and temperatures, most tropical catfish species will do best in a temperature range of 75F (25C) to 82F (27C). Most species of catfish will appreciate a sandy or gravel substrate with large rock caves and driftwood to hide in. Many catfish are nocturnal, but will often adapt to be more active during daytime in captivity. It may be helpful to feed your catfish in the evening, especially when newly acquired in order to help them adjust to their new surroundings.