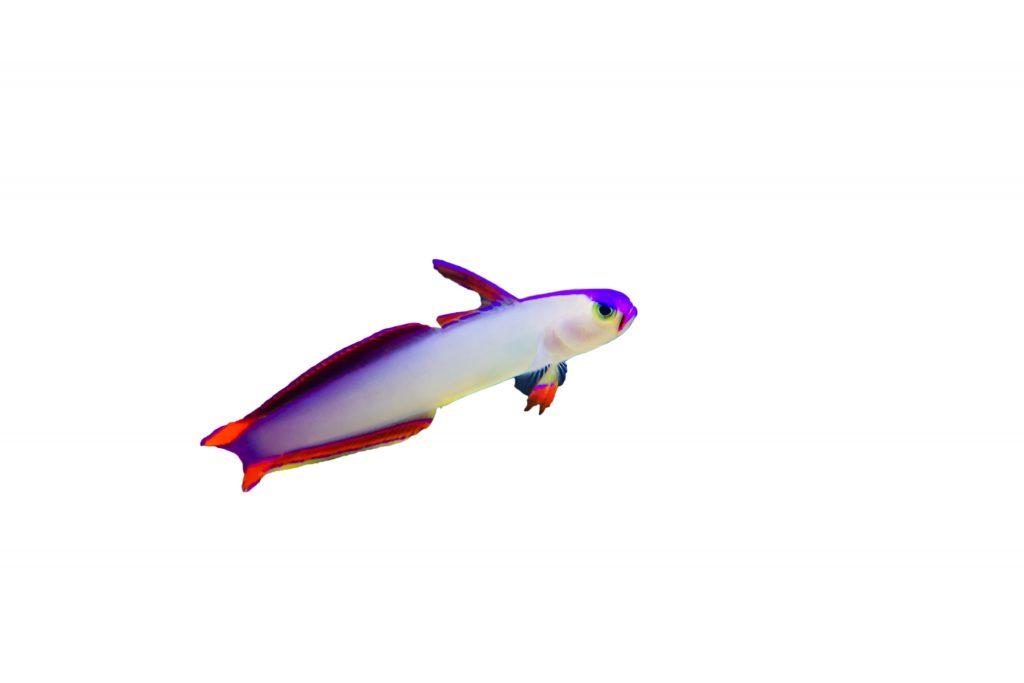 Dartfishes are members of the Ptereleotrinae subfamily, encompassing seven genera.  Dartfishes are a commonly kept aquarium species due to their small size, amenable personalities and bright coloration.

Dartfish tend to be found living in groups, hovering just above the substrate. They sped their days feeding among the water column but will quickly dart into the safety of their individual burrows, or bolt holes, at any sign of danger.

Dartfish can make great aquarium inhabitants provided their husbandry needs such as diet, water quality and tank space are met.

Dartfish prefer a temperature range of 72F (22C) to 80F (26C).  Dartfish are generally considered reef safe. It is advisable to provide Dartfish with amble rockwork with plenty of caves. Additionally, Dartfish tanks should be well covered as they are known to jump when frightened.