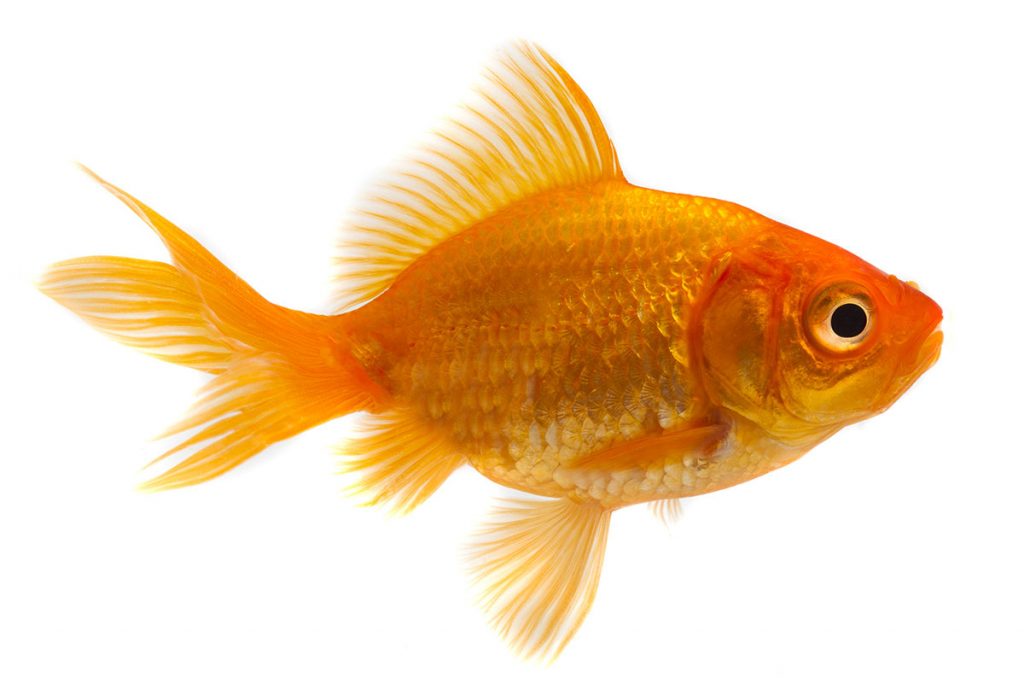 Goldfish are one of the most commonly kept pet fishes.  They can be found in virtually every pet store, and make wonderful aquarium and pond fish. They are arguably one of the first fish to be domesticated, having been bred in China for well over 1000 years. All goldfish are members of the same species, Carassius auratus. Today there are many dozens of domesticated strains of goldfish, with significantly different body shapes, finnage and coloring.

The goldfish is native to East Asia, where in its wild form it is a bronze colored fish that feeds primarily on vegetation. Goldfish are egg layers, spawning seasonally with the changes in water temperature and day length. Just as in the wild, captive goldfish will spread their adhesive eggs on mats of vegetation where the eggs are left to develop on their own. Goldfish are medium to large fish, reaching lengths of 6” (15CM) to over 12” (30CM).

Goldfish can make great aquarium inhabitants, provided their husbandry needs such as diet, water quality and tank space are met. While many people consider goldfish to be good pets for bowls, in fact they are large fish that need significantly larger tanks and high capacity filtration. They are generally very mild-mannered fish, and they can be prone to being picked on by more aggressive fish. It is particularly important to avoid any aggressive tankmates with fancy goldfish varieties that may be susceptible to having their fins nipped.

Goldfish are considered a cooler water fish and do best when maintained between 65F (18C) and 75F (23C). While they can survive extremes for a period of time, the stress of extreme temperatures or drastic changes can very often induce a disease outbreak.