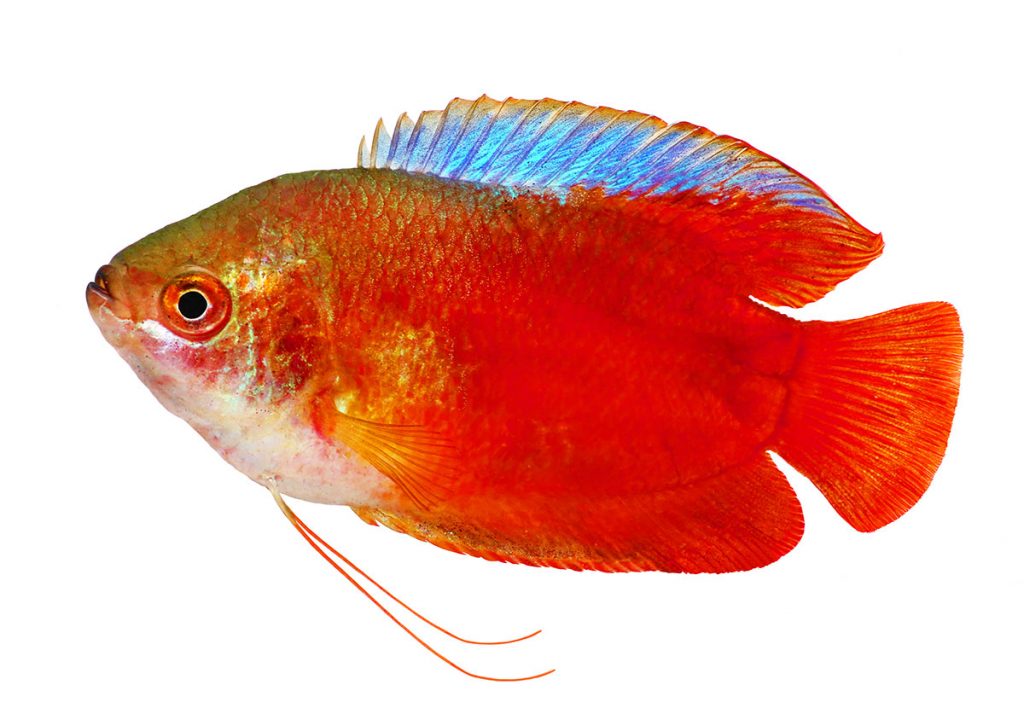 Gouramis are native to Asia where they can be found in array of freshwater habitats. However, they are most often encountered in warm, still bodies of water. Gouramis can thrive in these low oxygen conditions due to their labyrinth organ, which allows them to breath air directly from the atmosphere.  Another fascinating aspect of gourami biology is their reproduction method. All species of gourami exhibit parental care, in many cases they make bubble nests in which they eggs are placed and incubated. Other species are mouth brooders, instead holding the eggs in their buccal cavity through development.

Gouramis can make great aquarium inhabitants, provided their husbandry needs such as diet, water quality and tank space are met. One of the great advantages of keeping gouramis, is that their labyrinth lung allows for them to be kept in a tank without aeration.  In fact, aeration can cause damage to the sensitive bubble nests they construct on the water surface. So if breeding is the goal, it may be advisable to avoid aeration or any filtration that causes too much surface agitation.

Gouramis are tropical fish that prefer temperatures between 75F and 82F.  Gouramis are typically considered good members of community tanks, particularly with other peaceful species.