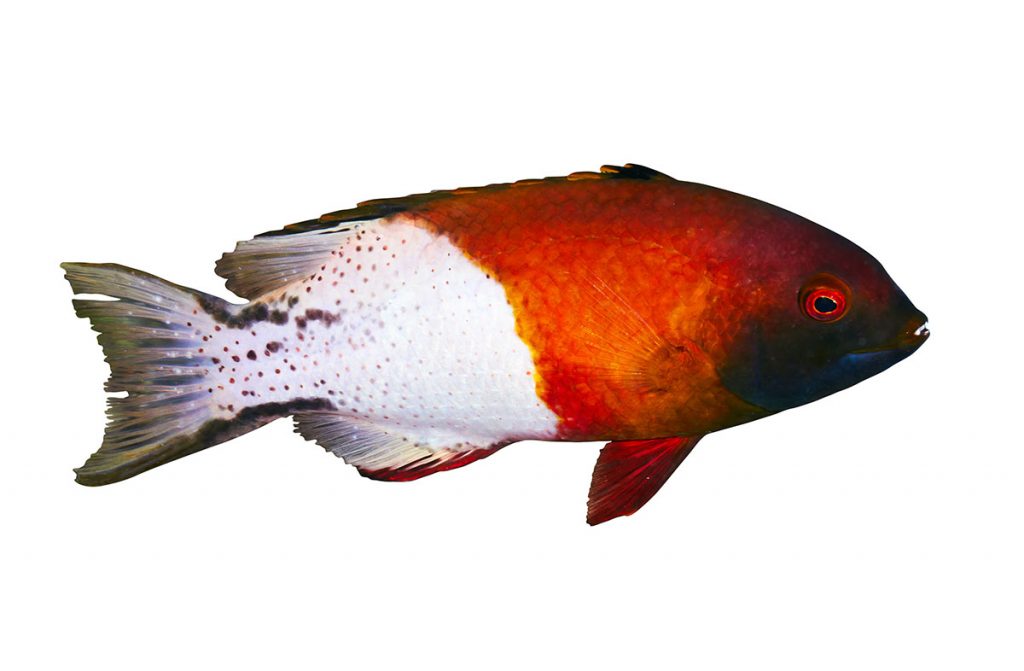 Hogfish are wrasses of the specialized subfamily, Bodianus. Bodianus contains approximately 45 species. Hogfishes are a commonly kept group of fishes due to their bright colors, bold personalities and ease of care.

Hogfishes are found in the Atlantic, Pacific and Indian oceans.  While they can range in size somewhat, most hogfishes average around 7” (18 cm) in length.

Like all members of the wrasse family, hogfishes are protogynous hermaphrodites. In the wild, hogfishes eat live prey such as crustaceans, shellfish and even smaller fish.

Hogfishes can make great aquarium inhabitants, provided their husbandry needs such as diet, water quality and tank space are met.

Most hogfish prefer a temperature range of 72F (22C) to 80F (26C). Hogfish are generally NOT considered reef safe as they will prey on ornamental crustaceans and invertebrates. Because they are large and active fish, most hogfish will need a sizable tank with plenty of space for swimming.