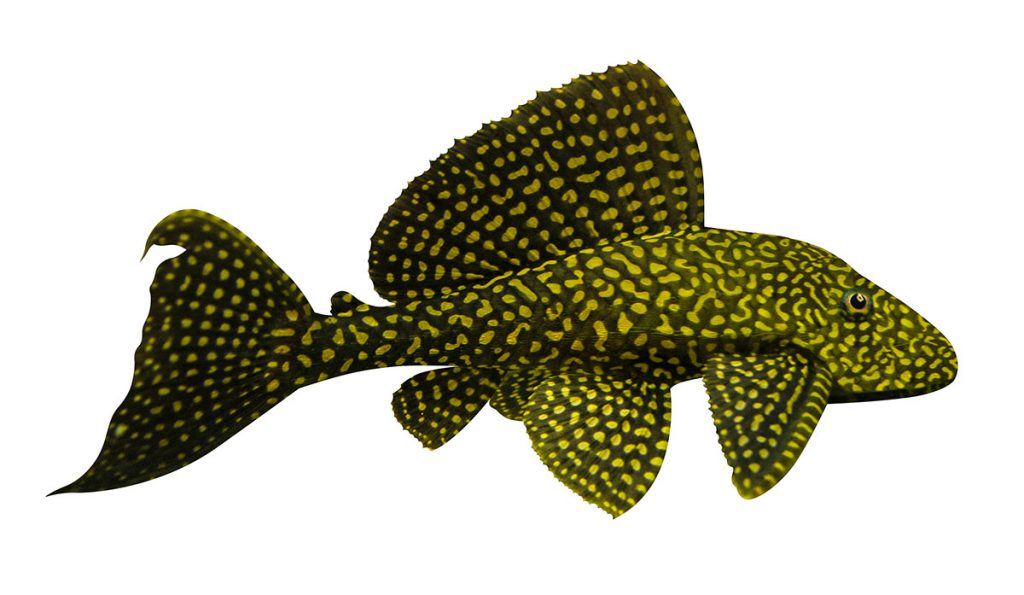 The term Pleco is often used to describe fish from the genus Loricariidae, also known as the sucker mouth catfish. The Loricariidae family is highly diverse with many different genus and species. In fact, new species are being discovered so quickly that scientists have hardly been able to keep up with naming them. For the time being, many species are simply designated an “L-number” as a species identifier.

Plecos are native to parts of tropical and subtropical Central and South America. Some species can be found in slower moving or stagnant waters, however many are native to fast flowing streams. One of the most unique aspects of the Plecos is their unique, modified mouths that allow them to grasp onto driftwood, rocks and other debris. While some plecos will eat algae, many species are more appropriately classified as detritivores, and some species eat exclusively driftwood.

Plecostomus can make great aquarium inhabitants, provided their husbandry needs such as diet, water quality and tank space are met.

Temperature range for plecos varies widely, dependent upon the species. Interestingly, a sudden drop in water temperature, such as a large water change with cool water will stimulate breeding in some pleco species. Plecos are generally considered good members of community tanks, however some species may become aggressive or view smaller tank mates as potential food.