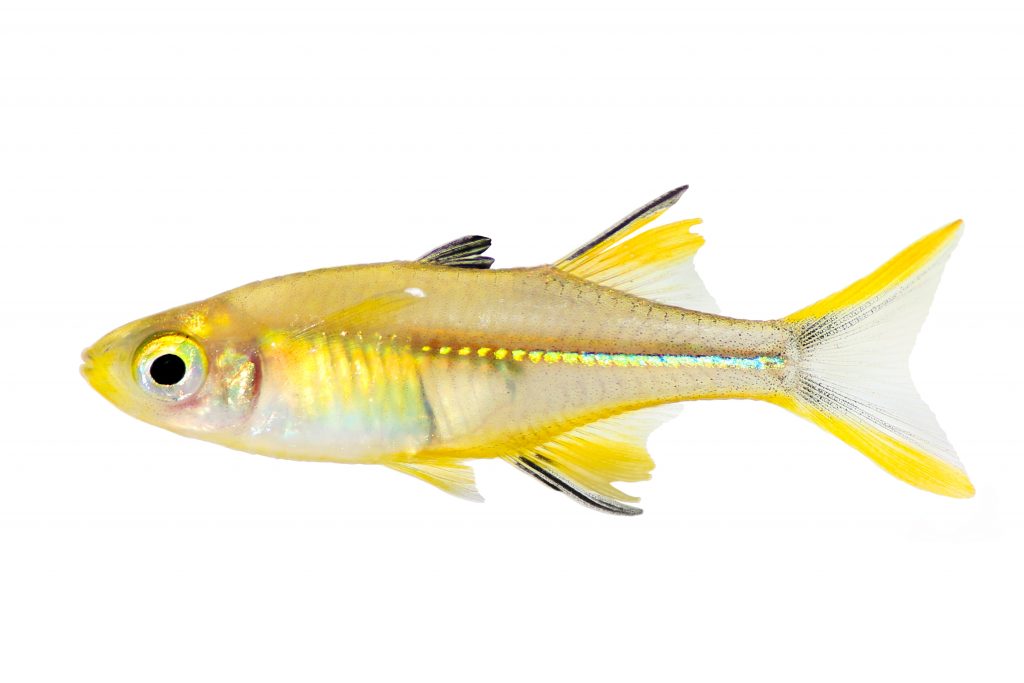 Rainbowfish are typically small fish, with most ranging between 2.5” (6cm) and 5” (12cm), though several species can get a little larger. Rainbowfish live in a wide array of freshwater habitats, ranging from lakes and swamps, to rivers and estuaries. They are generally considered omnivorous fish, with a tendency towards eating small invertebrates and crustaceans. Rainbowfish are known to breed year-round, however most spawning effort is concentrated during the rainy season.

Rainbowfish can make great aquarium inhabitants, provided their husbandry needs such as diet, water quality and tank space are met. Rainbowfish are active swimmers and do best in groups.

Interestingly, Rainbowfish will commonly hybridize with similar species in captivity, so it is advisable to only keep one species of Rainbowfish per tank if breeding is the goal. Rainbows are typically considered good members of community tanks, particularly with other peaceful species.