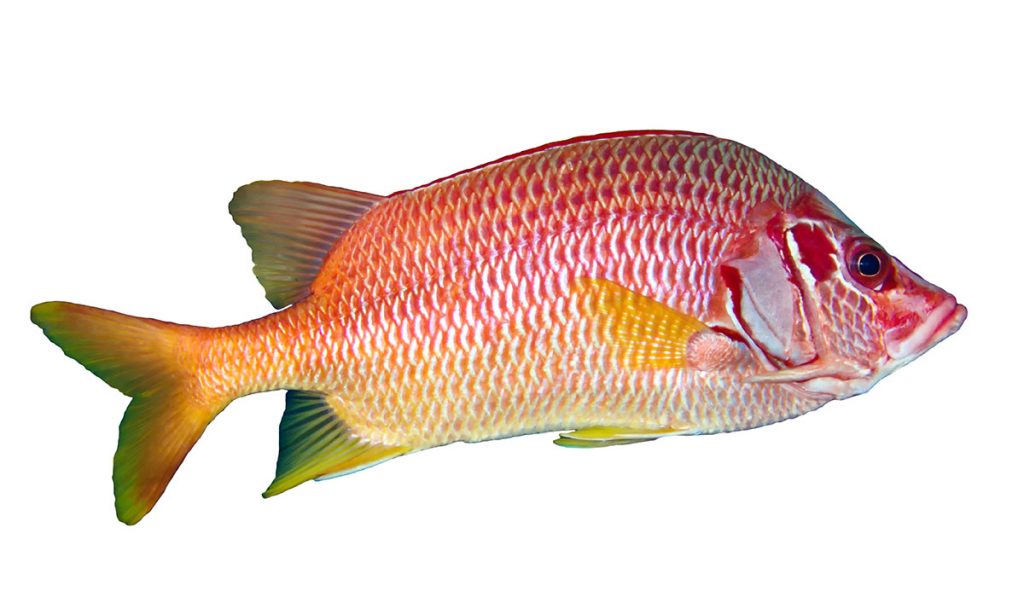 Squirrelfish and Soldierfish are found in the tropical Indian, Pacific and Atlantic oceans.  They can range in size from 3” (8 cm) to 15” (35 cm).

Squirrelfish and Soldierfish are typically nocturnal, spending their days hidden amongst rock crevices and caves. They are active at night where they hunt for foods such as crustaceans and forage for zooplankton like mysis.

Squirrelfish and Soldierfish can make great aquarium inhabitants, provided their husbandry needs such as diet, water quality and tank space are met. These fish are generally found in caves, under overhangs or more dimly lit conditions. It is advisable to recreate this environment in captivity through ample rockwork, and avoid overly bright lighting, particularly during acclimation to captivity.

Most squirrelfish prefer a temperature range of 72F (22C) to 80F (26C).  Squirrelfish and Soldierfish are generally considered reef safe, with caution. While they will not harm corals, they will consume small fishes and small ornamental shrimps.