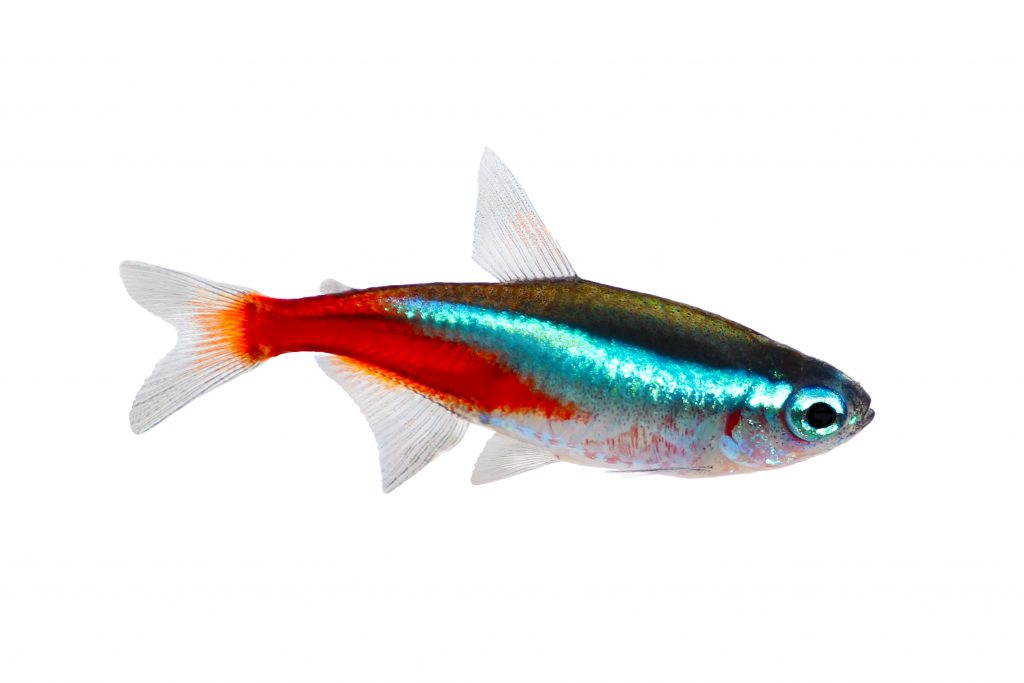 Tetras are represented by several families in the larger Characiform family. While the name tetra often invokes such small and colorful species as the ever popular neon tetra, much larger species such as the Piranhas can also be found in the characiform family.  Tetras are a commonly kept group of fishes due to their cute antics, small size and pleasant dispositions. They are a very frequently kept fish in community tanks as they prefer to live in groups, bringing a splash of color and movement to an aquarium

Tetras are small fishes that are native to South America, Central America and Africa where they are found in many different river drainages. They are small fish ranging in size from about 1” (2.5 cm) to about 5” (13 cm). Tetras are commonly found in large schools, in some cases containing many hundreds of individuals.

Tetras can make great aquarium inhabitants, provided their husbandry needs such as diet, water quality and tank space are met. Tetras can be very sensitive to shifts in water quality, particularly pH.

Most tetras are considered tropical fish and will do best in water ranging from 75 F to 82 F, however some species may do better in slightly cooler water.  It is important to select what species of tetra you will keep carefully, as some smaller species may be picked on by more aggressive tankmates. Tetras are typically considered good members of community tanks, particularly with other peaceful species.