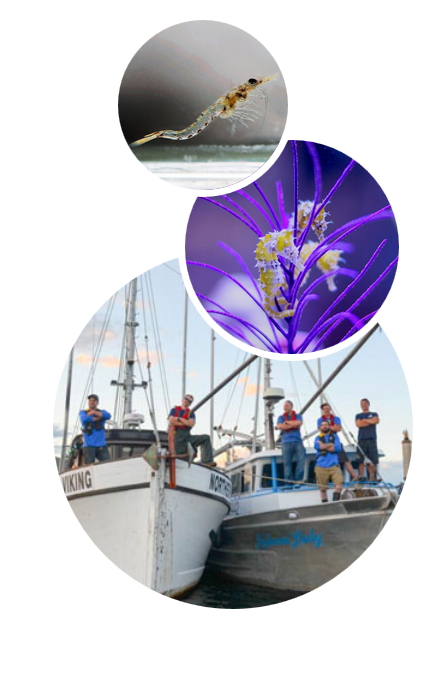 In the late 1960’s, Mysis Shrimp were introduced to Northern Canadian lakes with the belief that dwindling lake fish stocks would rebound by feeding on the new food source.

Native Kokanee Salmon couldn’t feed on the Mysis Shrimp that resided in the deeper, cooler waters of the lake during the day. Meanwhile, the Mysis would ascend to the lake surface during the night and gorge on phytoplankton, robbing the juvenile salmon of their main source of food.

Fish stocks eventually began declining even more. PE came forward with a brilliant solution. Working closely with government researchers, the company introduced a world first, harvesting methodology to net the Mysis Shrimp while they feasted on phytoplankton through the night and throughout the warm seasons.

In one fell swoop, we were ridding the lake of a dangerous invasive species and giving the young salmon a fighting chance while at the same time harvesting the Mysis Shrimp loaded with nutrient rich plankton.

This breakthrough earned us an exclusive license to commercially fish Mysis Shrimp at night and become the world’s only producer of PE® Mysis, recognized by private aquarium owners, retailers and public aquarium curators as the freshwater and saltwater fish food of choice.

Watch how PE® Mysis shrimp are
sustainably harvested and processed